Istria is the northern most cape in the Adriatic separating the Gulf of Trieste and the Bay of Kvarner. It is shared by Italy, Slovenia and Croatia. 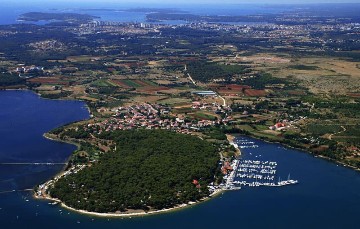 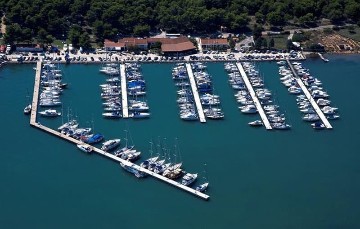 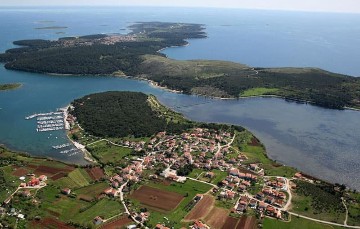 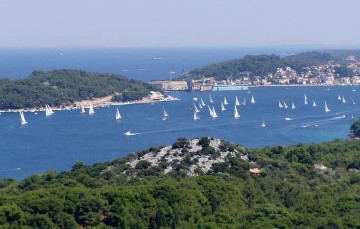 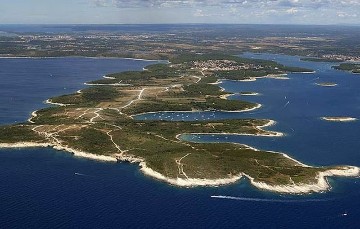 Situated 10 kms away from Pula Airport ACI Marina Pomer is a popular marina both in the summer and winter. Windy year round Pomer, situated on the south of the Istria peninsula, is very popular with windsurfers and kitesurfers alike. It also boasts 60 km of mountain bike paths. The marina's recommended approach is as follows:

The marina is in the northwestern part of Medulin Bay, which opens up between Cape Kamenjak and Cape Marlera. Due to numerous reefs and shoals it is recommended to approach through the main channel, sailing east of the islet of Fenera (exact position 44°46.2’ N 13°57.2’ E), and then passing between the islands of Ceja and Bodulaš. As the sea is much shallower around Bodulaš Island, it is safer to sail closer to Ceja Island. When approaching at night, the course between the islands of Ceja and Bodulaš is marked by the lighthouse on Cape Munat (Fl W R 2s 9m 7/4M). Once deep inside the bay, steer toward the middle of the passage between Cape Munat and Cape Kašteja, and then toward the island of Pomerski Školjić, which should be rounded from the east. ACI Marina Pomer is sighted next. In daylight it is recognisable by a distinctive white crane.

While cruising the north Adriatic you must see the Brijuni Islands National Park's rich cultural heritage. Velki Brijuni Island alone has hundreds of indigenous plant species, and the park is home to a range of exotic animals including the Asian Elephant and Zebras presented by diplomatic partners.